Finite Scheduling - Turned Out Not So Easy To Be Successful

These articles are portions of a lecture presented to APICS by our friend Gene Caiola.

But Finite Scheduling Was Not Easy

In theory Finite Scheduling would seem to be the answer to what was needed on the shop floor. The methodology also began to have accepted variations such as backward and forward scheduling. This is where the fun started. Backward scheduling started with the date that you wanted to finish the work order and then backed off the time you needed at each operation to come up with a start date. Sounds like exactly the right approach doesn’t it? But what if the operation run time standards that you used were not accurate? If they were higher you may be OK but if they were lower then you would not have the time you needed to complete the work order. Forward scheduling tried to solve this by scheduling from the Release date of the Work Order. This did help but often the release date was created by MRP which simply used the Lead Time from a part master which at best was only a good guess and often inflated. 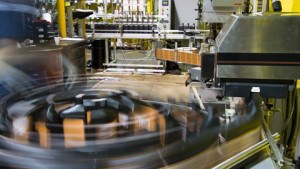 Another lesser realized anomaly of these finite scheduling systems was that their processing dealt with one work order at a time in its totality. What this means is that the system would take the Work order that was due the soonest and load all of its operations across all of the machines on the shop floor. It would then take the work order due next and do the same thing. If contention was encountered the current work order would sit and wait for the machine to become available. Because all operations of the work order were being scheduled in the same pass, effectively the entire Work Order would be go into a “queue” waiting for the constrained resources.

This philosophy of loading the shop resources, looking for constraints, correcting the constraints and then re-running the schedule again and again became more art than science. Inaccurate run standards could schedule a Work Order way out into the future. Constantly adjusting Work Order priority and Resource capacity in order to “smooth out the schedule” would often create schedules that the shop floor would not believe – and therefore would not follow. 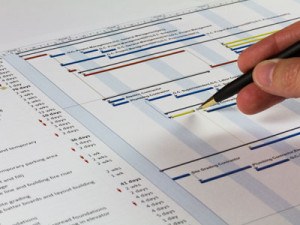 To be sure, finite scheduling can be successful. It just demands a lot of precision that many shop floors either don’t have or do not want to invest the time into creating. Finite scheduling is in essence a “Plan and Execute” model by which you run multiple iterations of a schedule – each one is a new plan depending upon the data introduced - and then you execute. But if you don’t get a believable or acceptable plan then you cannot send good directions to the floor to execute.

The understanding of Protected Flow Manufacturing requires a new method of thinking about scheduling. It starts with combining the notion of ‘time buffers’ for protection with the measurement of work completed on a Work Order... 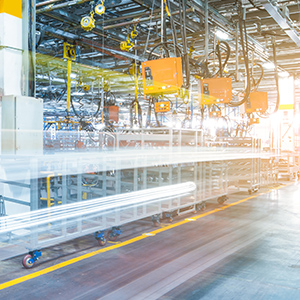 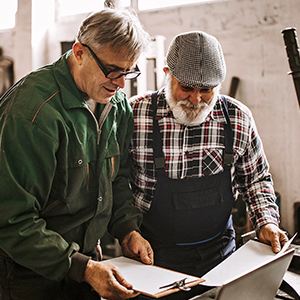 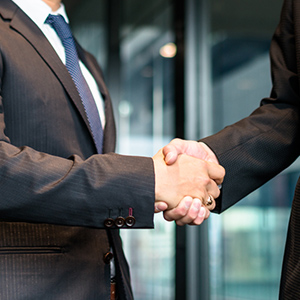 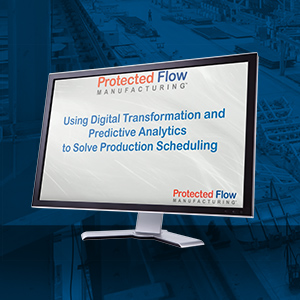 Using Digital Transformation and Predictive Analytics to Solve Production Scheduling
Let us show you a better way to get the visibility and control you need.
Get Started
© 2020 LillyWorks Inc. All rights reserved.